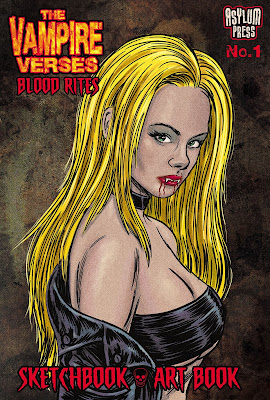 The Vampire Verses is a vampire/horror comic that Frank Forte created in 1994 and was published in 1995 by CFD productions (Formerly Cry For Dawn) and then Asylum Press in 1999. The series was inspired by many anime series at the time including Wicked City, Demon City Shinjuku and Urotsukidōji: Legend of the Overfiend. The Vampire Verses was also inspired by comic creators Berni Wrightson, Tim Vigil, Kelley Jones, Mike Mignola and others. Frank attempted to draw from these influences and create something unique. What erupted from his hand and mind was The Vampire Verses. 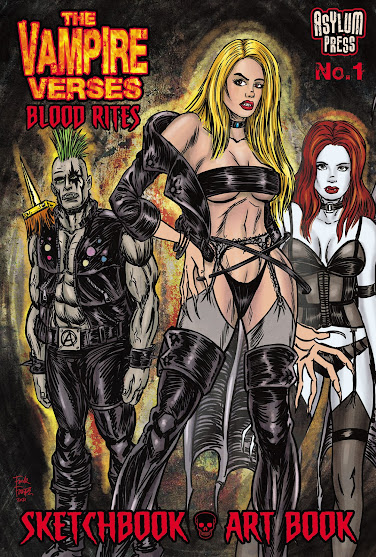 The debut issue introduces Angelika, an exotic dancer in the NYC club scene who is unwittingly turned into a creature of the night. As she tries to make sense of what she has become she learns of a bloody Vampire War that is being fought in the streets and subway tunnels of New York City. Slowly the truth unfolds as Angelika begins to realize she is a key part of an ancient scrolled prophecy known as The Vampire Verses.

Description: is a 32 page saddle stitched comic that includes art and sketches from The Vampire Verses series by Frank Forte. The art ranges from 1995 to present day with character studies, cover studies, renders, creature design, environment design, pin-ups and more. The book hopes to reintroduce fans to the series and be a prelude to the continuation of The Vampire Verses #5-#12. 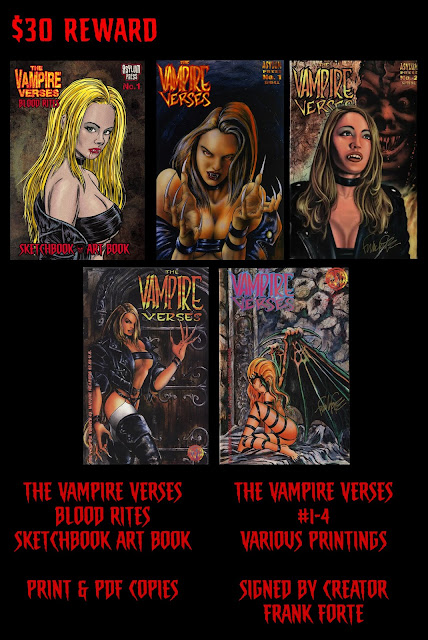 Founded in 1999 by Frank Forte, Asylum Press is a unique publishing house specializing in high profile projects from some of the industry's biggest names. Publishing superhero comics with Warlash: Zombie Mutant Genesis, continuing their tradition of horror with Undead Evil, Satan’s 3-Ring Circus of Hell, the upcoming Asylum of Horrors and Beyond Lovecraft, venturing into dark humor with Billy Boy The Sick Little Fat Kid and The Cletus and Floyd Show, Asylum Press continues to be on the cutting edge of comic and graphic novel publishing.

For more information on Asylum Press, check out the official website at

Posted by Frank Forte at 1:50 PM No comments: 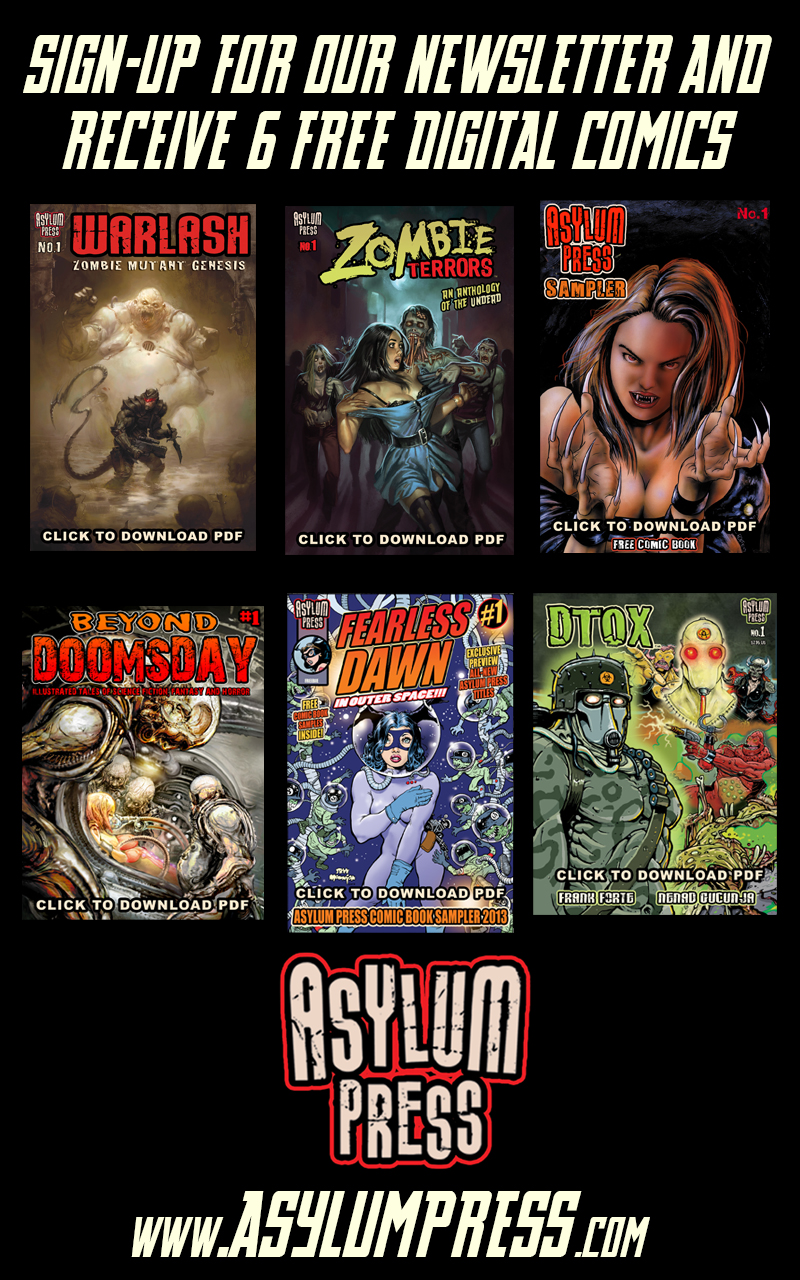 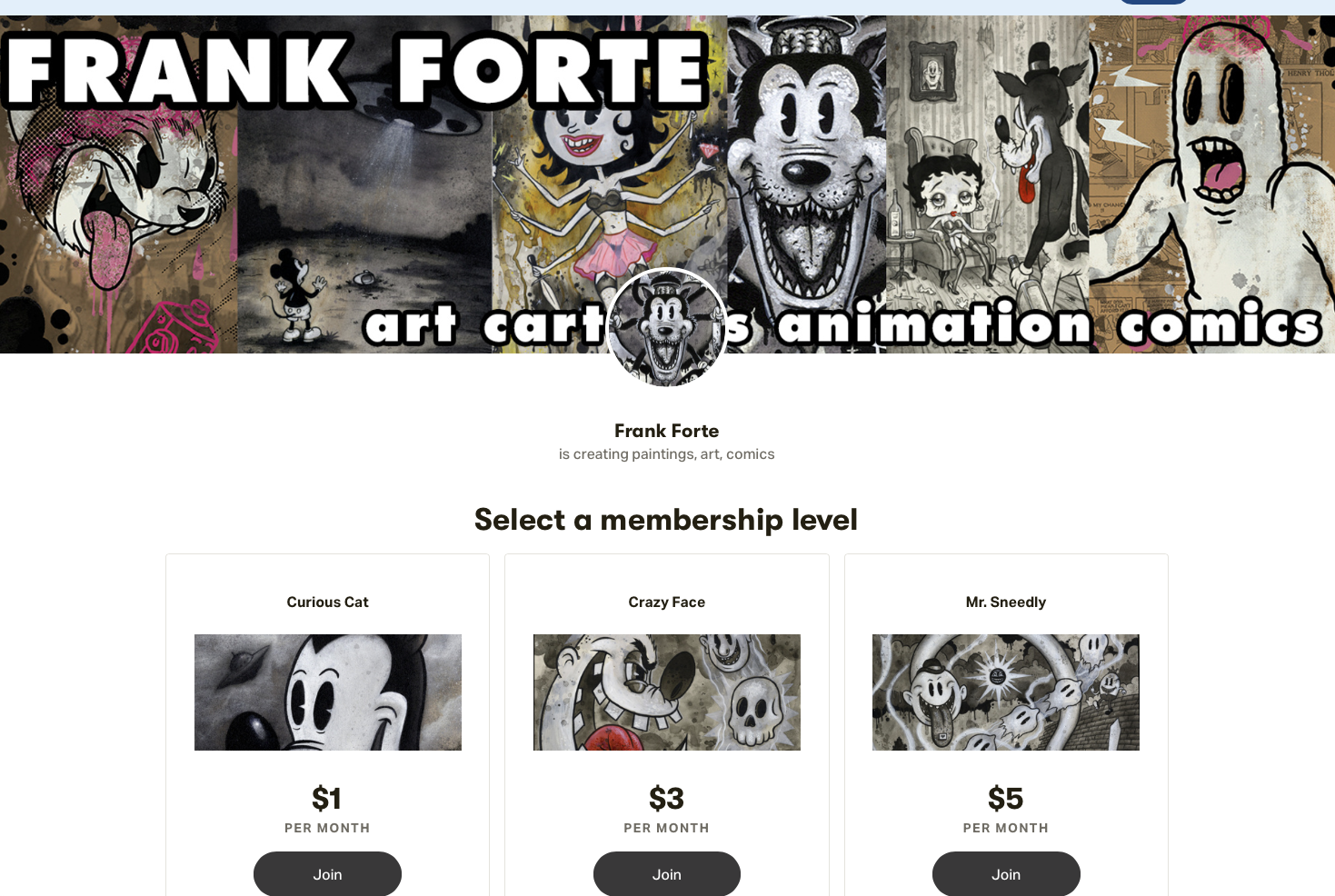 Behind the scenes, pro tips and tricks

GOON CARTOONS on YOU TUBE

CHECK OUT MY CAFE PRESS SHOP 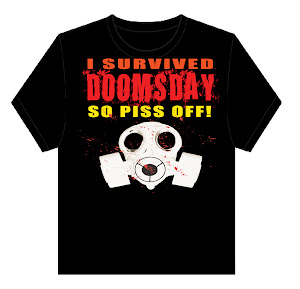 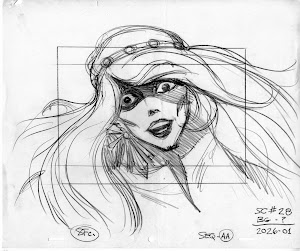 some of my collectibles for sale 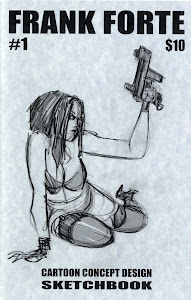 Books on Animation I recommend

Frank Forte
Frank Forte is an accomplished designer, storyboard artist and comic book artist. He has worked in animation for feature films, TV and gaming. Some of the shows Frank has worked on include: Bob's Burgers, Despicable Me 2, LEGO: Star Wars, The Super Hero Squad Show, Marvel Heroes 4D, Lego Hero Factory, Lego Bionicle:The Legend Reborn, HI HI PUFFY AMI YUMI, Re-Animated Pilot (Out of Jimmy’s Head), The Mr. Men Show, Bionicle: The Legend Reborn (DVD-2009), Lego Clutch Powers 4D ride at Legoland and Lego Atlantis. He co-created The Cletus and Floyd Show with Gene McGuckin, a tribute to animation directors Tex Avery, Bob Clampett and Chuck Jones. Robert S. Rhine and Frank Forte created the pilot episode of Sickcom the Animated Series which was sold to Spike and Mike’s Sick and Twisted Festival Of Animation in 2003. Frank is also the publisher at Asylum Press (www.asylumpress.com), an indy graphic novel and comic book publisher. Since its inception in 1999, Frank has written, illustrated and published such comics as, The Vampire Verses, Warlash, Fearless Dawn, Billy Boy, The Cletus and Floyd Show.